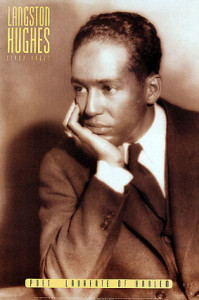 What happens to a dream deferred?

Or does it explode?

I always loved the poem not ever seeing how it applied to me.  An avid reader from my early childhood, I dreamed of someday becoming an author myself.  Perhaps you share that dream as so many readers do. I was ecstatic when my first book, co-authored with Ruth Toor, The Elementary School Librarian’s Almanac: A Complete Media Program for Every Month of the School Year (The Center for Applied Research in Education, 1979, 256 p. 0-87628-299-0) was published.  It was followed by fourteen other books for school librarians.  The latest being School Librarian’s Career Planner (ALA, 2013, 126 p. 978-0-8389-1178—5).  I am proud of all of them, but this wasn’t the writing career of my dreams.

In 2004, I retired as a high school librarian (obviously, that’s all I retired from) and the following June when I would have been working, my daughter took me with her to International Women’s Writing Guild’s summer workshops then held at Skidmore College. Along with lots of other writing I did during those five days, I started a novel in one of the classes.  I completed it in fits and starts thanks to the gentle (and not-so-gentle) prodding of others.

Six drafts later, a hunt for an agent proved fruitless.  (I may not have been sufficiently diligent.) Then a small independent publisher began a separate company for young adult books and accepted Woven though Time.  On October 9, my dream of so long ago became a reality.  In the opening of the “Acknowledgments,” I say, “Sometimes it takes a village to make a dream come true,” and conclude, “never lose sight of your dream, and share it with the people who care about you.  They may very well be the ones who help you make it come true.”

Do you have a dream you think will never be realized?  Try sharing it with others and find a plan to make it a reality.  With a few weeks to go before the end of the year, now is a great time to put things in motion.